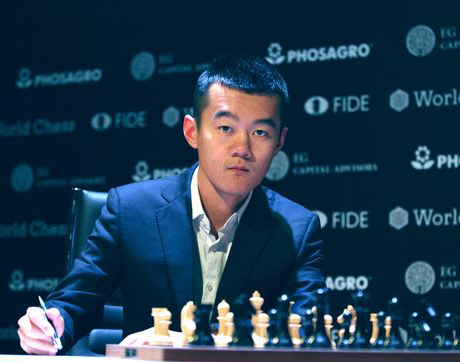 Ding Liren wins the 2019 Sinquefield Cup as the first player since 2007 to beat Magnus Carlsen in a playoff earning $82,500 and 16.5 Grand Chess Tour points as he won the two blitz games.

You should know that Magnus Carlsen hadn’t lost a single playoff since his Candidates’ match with Levon Aronian in 2007. Since then he played 10 tiebreaks and won all 10. Ding Liren tiebreak against World Champion Magnus Carlsen. Carlsen was consistently behind on the clock which proved a decisive factor, as a tentative move in the first blitz game actually resulted in his losing on time, despite the 3-second delay. After that Ding needed only a draw to secure his first Sinquefield Cup and a nearly certain ticket to the Grand Chess Tour final in London later this year.