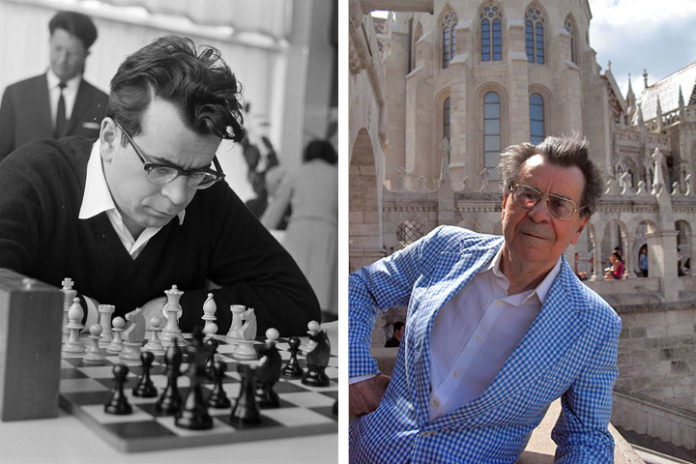 Pal Benko, a chess grandmaster who was among the world’s best players for two decades, but who gave up his place in the 1969-72 world championship cycle to Bobby Fischer, paving the way for Mr. Fischer to become world champion, died on Monday in Budapest. He was 91.

The death was confirmed by his friend Susan Polgar, a former women’s world chess champion, on her website.

Mr. Benko was among the final eight participants in the tournaments to determine a challenger for the world championship in 1959 and 1962. Both times he failed to advance, finishing well behind his competitors.

In 1970, Mr. Benko again qualified for the world championship cycle. Already 42 and past his peak as a competitive chess player, he ceded his place to Mr. Fischer, who was 15 years his junior.

Among Western players, Mr. Fischer was considered the best hope of unseating Boris Spassky as champion.

[Read the obituary for Shelby Lyman, who gave commentary of the 1972 Fischer-Spassky match.]

Mr. Benko was paid $2,000 by the United States Chess Federation for giving up his spot, though he said the money was actually a fee to assist the players in that year’s Interzonal Tournament, the first step on the road to the world championship.

Decades later, after Mr. Fischer was off the world chess stage and had become a recluse, Mr. Benko was one of the few people with whom he stayed in contact. The two spoke every week.

Relations between Mr. Benko and Mr. Fischer had once been far worse. They both competed in the 1962 Candidates tournament in Curaçao, which would determine the challenger for the world champion, Mikhail Botvinnik.

Arthur Bisguier, an American grandmaster, had been sent by the United States Chess Federation to assist them, primarily by helping them analyze their adjourned positions. One night, Mr. Benko went looking for Mr. Bisguier and found him in Mr. Fischer’s room. He asked Mr. Bisguier for help, but Mr. Fischer protested, saying that Mr. Bisguier was there only to help him, since he had a more legitimate chance of winning. The two men got into a heated argument that Mr. Bisguier said ended with punches.

Pal Charles Benko was born in Amiens, France, on July 15, 1928, while his father and mother, who were Hungarian, were on vacation.

His father taught him to play chess when he was 8, but he did not begin playing in tournaments until he was 17, mostly because of the difficulties brought on by World War II. (His father and older brother were sent to Russia to work as laborers, and his mother died just as the war was ending.)

Once he began to play, Mr. Benko improved rapidly. He won the Hungarian championship when he was just 20.

In 1952 Mr. Benko qualified for the first stage of the world championship cycle, but before he could compete, he tried to defect to the West while playing a tournament near Berlin. He was caught and sent back to Hungary, where he was imprisoned for 16 months. He was freed after Stalin’s death, when many political prisoners were given clemency.

In 1957, while playing another tournament, this time in Reykjavik, Iceland, Mr. Benko successfully defected after strolling into the American Embassy. He was allowed to emigrate to the United States, where he settled and eventually became a citizen.

In America, Mr. Benko compiled an impressive tournament record, winning or sharing first place in the United States Open a record eight times from 1960 to 1974. He was inducted into the United States Chess Federation’s Hall of Fame in 1993.

He is survived by his wife, Giselle; their children, Palma and David; and a grandson. He lived in Budapest.

Mr. Benko also became an expert in the positions and theories arising in the final stages of chess games, an area known as endgame theory. He was considered a world-class authority on the subject, and for decades he wrote a column called “Endgame Lab” for the United States Chess Federation’s monthly magazine.

Because of his endgame expertise, he was a sought-after tutor for up-and-coming players, particularly from his native Hungary. Among his students were the Polgar sisters, Susan, Sofia and Judit, and Peter Leko, who was once the youngest grandmaster in history.

Mr. Benko also made some contributions to opening theory. He was an early practitioner of the hypermodern king’s fianchetto opening, and an opening originally called the Volga gambit was renamed the Benko gambit after he studied and began playing it in the late 1960s and early 1970s.

But he said that the reason he liked to study the endgame was that it was the purest form of chess.

“It doesn’t change in theory like openings,” he said. “It is permanent. Opening theory is not real chess, I think.”