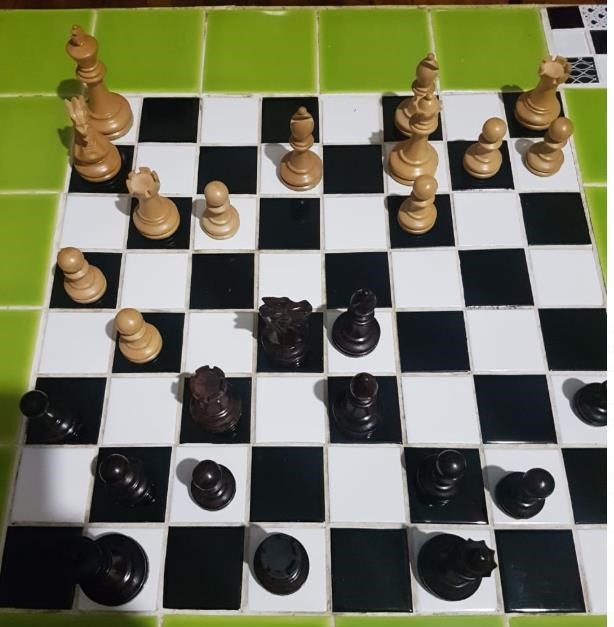 I was recently asked by a parent why I consider chess as a sport! Well the interesting aspect is that in some schools and universities the chess club is part of the art and culture club whereas at others, it is firmly in the sport side. Chess is also closely aligned to the sciences with many chess players having an obvious affinity to the sciences.

Chess is the art of analysis – Botvinnik

Chess is the art which expresses the science of logic – Botvinnik

Chess is everything – art, science and sport – Karpov

Chess is an art- Kasparov

Chess is a game – Spassky

Now of course I had to send him something that he could use at his son’s school as his son would not be in the reckoning for school honours even though he has performed well in South Africa and abroad. So, I offered him the following reasons to him why I believe chess is a sport in South Africa.

So, my friends that was the reason I believe chess is a sport.

I must tell you that I also believe chess is an art. I enjoy the pursuit of checkmate when it is done in a beautiful fashion. I enjoy well played endgames, the quiet moves and above all I enjoy wonderful attacks that has wonderful sacrifices and subtle moves thrown in and of course those moves that totally surprise an opponent! So perhaps chess is a sport, art and science!!

In weekend four of the Chess Western Province league, the battle of the top took place. MRL is named after Megan, Robyn and Lauren Van Niekerk. Their father Lourenzo started the chess club a few years ago and they won each division they played in until they came to the Premier Division and then in 2017, they won that title also!

They played against ten-time WP Champions Steinitz. Both clubs had played six matches and had had won all six. So, this match was a potential title decider!

When the players settled down MRL was surprised to find that our board one from Steinitz, Michael James had to write an exam at university and thus was excused. So, our team shifted up one place. Of course, this unsettled the MRL guys a bit because it meant that preparation was thrown out of the window. Mr Bernard Klein stated he spent fifty hours preparing his lines to play against my beloved Kings Indian Defence!! Alas I was set for board two against advocate Maxwell Solomon!

So, the scene was set. On board one Craig Willenberg took the battle to FM Calvin Klaasen. Craig employed the correct tactics in that he opened the position and muddied the waters. His attack didn’t work, and he had to resign but we were proud of him as he played against the Co SA Champion. On board two Advocate Solomon was playing his learned friend Advocate Lyndon Bouah. Now of course these two players first played against each other in April 1989 and so know each other for a long time. They have also played in many teams together for WP and South Africa. They in fact played board four (Bouah) and five (Solomon) for South Africa at the 1992 Olympiad. They went on to play many times for South Africa. The two players were like boxers shadowing each other. Each making a move to test their opponent. Now psychology plays a big role as well. We played against each other twice earlier this year in rapid and blitz and we both lost and won. So, this was our third meeting for the year. After about fifteen moves of sparring a draw was agreed upon between the two masters. Any incorrect move would be punished so the two players settled on a peace treaty and thereafter analysed the game together.

On board three Klein lost a pawn and regained it and thereafter slowly took control against Ethan Samuels. Ethan however fought hard and took the game to past the eighty-move number before he resigned!

On board four Kenny Willenberg had to pull out all stops before he beat Laurie who is a tough customer. On Board five the SA Over fifty champion Mark Lewis showed the youthful Justin Lynch that calculation is still all important! A good win for Mark Lewis who celebrated his birthday on Sunday. On board six to eight the players battled hard, but draws were agreed all round with the final score thus being 4-4 which was an honourable result.

UCT came with a surprising weaker team than usual but still beat Blackjacks 5.5 to 2.5. Well done to the students.

Cape Town probably retained their Premier status with a good 4.5 to 3.5 win against Bellville. Professor Leslie London is playing strong chess at the moment and he was an able replacement for Paul Gluckman.

Analysis of the B Section

It was good to see the actor Taurique Jenkins make a welcome return to the fray. His team Observatory however lost against the Drakenstein Dragons.

D section standing after round 8: In this section Kraaifontein B is leading with 15 points closely followed by Drakenstein Dragons on 14 points. Crossroads B has 13 points. Crossroads B still must play both leading teams so it will be an interesting Saturday next week.

Analysis of Round 8 – C Section

C section standing after round 8: Kraaifontein A is leading with 15 points having scored 7 wins and one draw! Manyanani B is second with 12 points so it looks like Kraaifontein is in a good position although they must also play Manyanani and Stellenbosch next week!

Analysis of Round 8 – B Section

B section standing after round 8: Elsies River A and UWC are leading contenders now for promotion with the two teams on 15 and 12 points respectively. UWC seem to have the better run in with Elsies River needing to play team 3.4 and 5 in the closing rounds!

Analysis of Round 8 – Premier Section

MRL beat Stellenbosch 5.5 with their top two boards of Klaasen and Solomon leading the charge.

Steinitz beat UCT 7-1. I quite enjoyed my game against Thapelo. The game ended very beautifully.

I played Nxf3 which White answered with Rxf3.

Black now shocked his opponent with the strong queen to h3. These types of moves are often overlooked because the queen was lying in c8 and now suddenly appears and threatens checkmate! The two bishops are working in tandem and the pins are exquisite! There was no defence and after Bf1 Black settled matters with Bxf3, Kg1 and then finished off with Bc5+.

Next week we enter the final three rounds.

The board standings after round six is as follows: