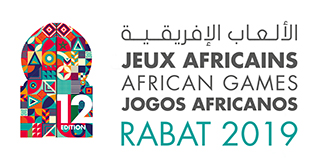 The African Games kicks off this week in Casablanca, and the chess competition will begin today (Saturday ), with the dispute of the first five rounds of the teams’ event (rapid).

About the African Games:

Chess was first included in the 2003 edition of the Games held in Abuja (Nigeria), and the subsequent editions in Algiers (Algeria) 2007, and Maputo (Mozambique) 2011. However, it dropped from the programme in 2015. It is a matter of proud for FIDE that chess is included again as one of the 26 sportive disciplines featured in the 2019 Games in Morocco.

The International Chess Federation sponsors the championship, covering all organizational costs and ensuring that all participants are provided with excellent conditions during the event. The venue will be the convention centre of the Grand Mogador Hotel in Casablanca, which will also host all the participants and officials.

They will be joined in the next days by FIDE President Arkady Dvorkovich, who will visit the African Games to express his support to all African Federations, and to thank the players for their participation. The President will also hold meetings with Mr Rachid Talbi Alami, Minister of Youth and Sports of Morocco, to discuss the chess game development in the country, and with Mr Faiçal Rachid Laraichi, Chairman of the National Olympic Committee of Morocco.