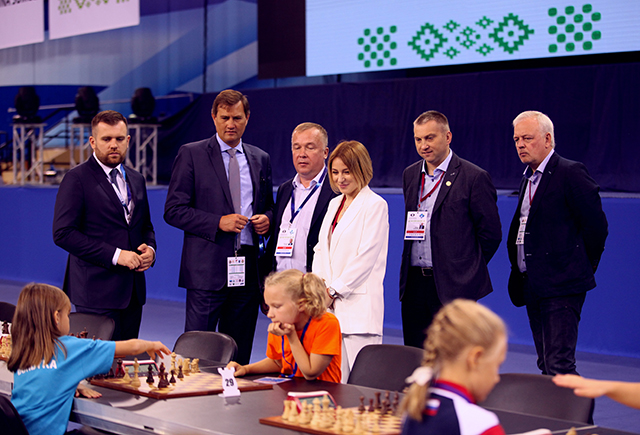 FIDE Vice-president Łukasz Turlej delivered his speech and welcomed all participants on behalf of FIDE. The Head of the Belarus Chess Federation Anastasia Sorokina along with FIDE Vice-President greeted participants, parents and trainers, who came to Minsk to take part in the tournament. She also expressed her gratitude to FIDE and local authorities, who support this prestigious chess tournament, which has been organized for the third time in Belarus.

The opening ceremony was attended by Deputy Minister of Sport and Tourism of the Republic of Belarus, Alexander Baraulya, Chairman of the Board of Trustees of the BCF, Leonid Churo, British embassy ambassador in Minsk, Fionna Gibb, and other distinguished guests.