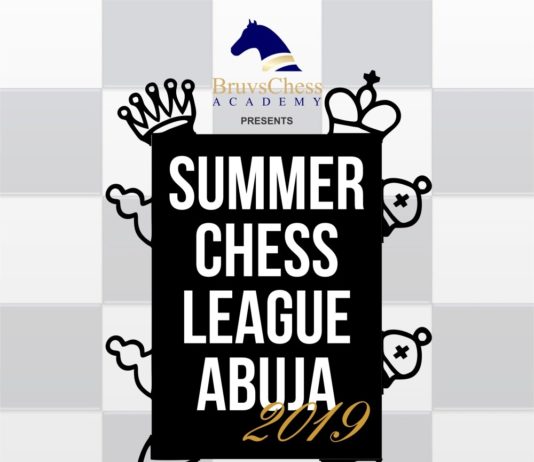 The 2019 summer chess league Organized by BRUVSCHESS MEDIA started on the 13th of July 2019 and scheduled to end in the 7th of September 2019 in Nigeria’s federal capital territory, Abuja. The league comprises of 9 registered teams with a time control of 90min + 30sec increment per move from move 1. The league so far has gotten to round 4 and had since taken interesting turns.

Update on the Team-Pairings from rounds 2 to 4: Click for an update on round 1