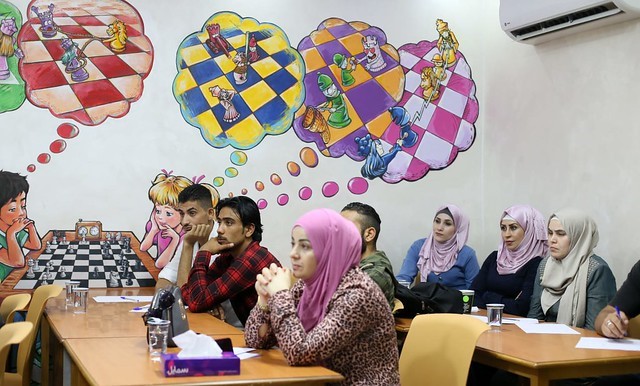 Under the supervision of FIDE and the Asian Chess Federation, Asia Chess Academy has started a program to qualify chess trainers among refugees in Jordan.

FIDE Executive Director and International Director, Mr. Victor Bologan and Mr. Mohd Al-Mudahka respectively, started the initiative with a motivating speech that addressed the importance of chess for the kids and the role FIDE plays to enhance refugee’s culture and sense of fairness and justice through the game of chess, especially for those who missed these meanings in their lives.

The initiative took place in Amman, the capital of Jordan, with the cooperation of UNHCR on July 23, 2019.