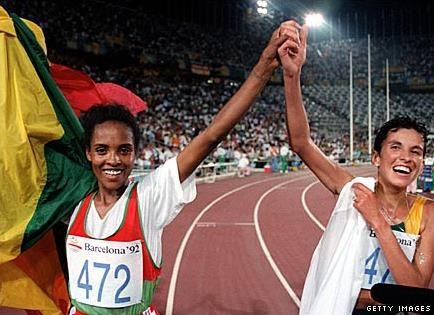 The Chess Western Province Chess league in a few days. I am very excited about this because it will give me a chance to compete for my chess club, Steinitz in the league and see friends and opponents! So why is a league and indeed why is sport and recreation important?

Sport and recreation play an important role in South African society and have for many decades, as evidenced by South Africa’s participation in the Olympic Games and by the country’s emphasis on sport at school level. Sport has played a key role in nation building during important events such as the 1995 Rugby World Cup and the more recently held 2010 FIFA World Cup. The South African government committed R30 billion rand to major infrastructure investment programmes meant to ensure the success of the tournament. (2010 FIFA World Cup Country Report 2013:10) and has since invested in sport infrastructure throughout the country.

The hosting of the 2010 FIFA World Cup presented an opportunity to South Africa and Africa, by extension, to celebrate African diversity and culture (Pillay, Tomlinson and Bass 2009:3). The National Development Plan (NDP) has recognized the importance for social cohesion and has called for all citizens to continue to engage with each other as they did in the 2010 Football World Cup (National Development Plan 2012: 428).

The history of South African sport can be traced back to the 1800s when sport was thought to be introduced by the British settlers. Nelson Mandela in a foreword to the “Story of an African Game”

The educated Englishmen was our model; what we aspired to be were ‘black Englishmen’, as we were sometimes derisively called. We were taught and believed that the best ideas were English ones. In line with these ideas, sport, particularly cricket, was given a high priority. I enjoyed myself on the playing fields at Healdtown. The standards were high. Therefore, even while athletics and boxing became my favoured games, I have been aware for a long time of the mission roots of cricket in the Eastern Cape and the deep love for the game that developed in the African communities in that part of the world.

South African sport continued to develop sport clubs and federations in the 1890s and South Africa started competing in the Olympic Games soon after its rebirth in 1896. Cape Town Chess Club was established in 1885 and was soon followed other clubs in Johannesburg, Pretoria, Port Elizabeth, Grahamstown and others. South Africa hosted touring sides such as England but later on Australia and other countries as well and became a regular competitor internationally in a wide variety of sporting disciplines.

Minister Stofile (2005) in an address to a sport conference at the University of Fort Hare stated that “Sport was used by the apartheid regime as their department of foreign affairs in tracksuits. Generations upon generations of apartheid sports administrators and athletes gleefully spread the propaganda of oppression and discrimination. Resources from the both the private and public sectors were horded on these people”. (C. Thomas (Ed.), Sport and Liberation in South Africa, Reflections and Suggestions. Alice and Pretoria: University of Fort Hare and Department of Sport and Recreation, 2006, p9).

The crowning glory for South Africa, however, was the readmission to the International Olympic family thus enabling its participation in the Olympic Games in Barcelona in 1992. The enduring image of this Olympic Games was the ten thousand metre event in which South African athlete Elana Meyer took silver and then ran with the Ethiopian winner Derartu Tulu around the track in a victory lap symbolizing the true unity of sport and an African victory.

South Africa’s initial foray back into international sport saw the country’s victory in the 1995 Rugby World Cup and then the victory in the 1996 African Football Cup of Nations on home soil. This ‘golden’ period ended with Josiah Thugwane winning the gold medal at the 1996 Atlanta Olympic Games, thus becoming the first black South African to win an Olympic gold medal. The next few years had less success stories and South Africa became a “middle of the road country”, able to compete in rugby, cricket, football, athletics and a host of smaller codes but with not much significant results. The nation expected more from its athletes.

New impetus to sport was given to South Africa when it became the host of the 2010 FIFA World Cup. South Africa had by this time hosted various international events such as the 1995 Rugby World Cup, the 1996 African Cup of Nations, the 1999 All African Games, the 2003 World Cricket Cup and an assortment of African championships in different sporting codes. The awarding of the 2010 FIFA World Cup propelled sport to the forefront of the nation. Government called on all stakeholders to unite behind the national team and to collaborate on nation-building and social change through soccer.

The NSRP is an eight-year sustainable implementation plan for sport and recreation. The nucleus of the NSRP provides details of the three core pillars of implementation which are an active nation, a winning nation and an enabling environment. (Section 2, NSRP, 2011). The NSRP defines a club as a

structured, constituted base for participation, in sport and serves as a vehicle for long term participant development as well as mentorship programmes to cater for high performance.

Leonard Rietstein records in A history of Chess in South Africa (2003; page 91) that the idea of a union of clubs came from Mr. H.G. Lambrick, president of Woodstock chess club, in 1907 who suggested that the local clubs come together to organise the interclub matches on a league basis. In May that year representatives of four clubs, Cape Town, YMCA, Tokai and Woodstock met and formed the Western Province Chess Union. A.J.A Cameron was elected President, H.M. Boddy Vice president, and G. Chart of the YMXA Secretary Treasurer. Each club entered one team to compete in the league at a fee of 1-1-0 pound per team.

Teams of five competed in the first competition. The final results in 1907:

Rietstein notes in his wonderful book that Cape Town sensationally lost in the opening round to Woodstock, a club barely a year old and to play their strongest team in the return match which they won by a single point.

In 1909 teams were increased to ten players. Cape Town won again. In 1910 Woodstock and Observatory joined forces under the banner Suburban; Civil Service ceased functioning, but a Railway Accountants team replaced them, while a new club in Sea Point joined. Cape Town lost for the first time their title to the YMCA, with Sea Point in third behind Cape Town. In 1911 a new club called the Judeans won the league. In 1912 Cape Town established their dominance again by winning the league. After this the league stopped for ten years.

In 1922 the league was revived. Rietstein notes that Cape Town entered three teams with Roedebloem and the University of Cape Town also now playing. The Cape Town B team, led by H. Meihuizen, A. Feinhols and F. Buckley won the league with 8 points followed by UCT (led by W.S.Mackie (who later became Professor Mackie) , HJ Mandelbrote and DM Beach. In 1923 UCT won for the first time but the league didn’t continue again for a long time. The union was disbanded and only reformed in 1950 again.

I have not yet determined when the league restarted again, and I am still busy with that research. I have however determined the following winners of the Western Province Chess Union league from 1966. The winners are the following:

In 1976 South Africa was burning with the Soweto riots taking place in June 1976. South Africa was now effectively banned from most international bodies. The South African Council on Sport (SACOS) was formed in 1973 and started establishing themselves in Cape Town. Part of the philosophy of SACOS was that no normal sport should be played in an abnormal society. South Africa had been suspended from FIDE in 1974 and the subsequent reports to the international chess bodies attempted to show that integration existed in South African society because a large number of Black players played in WPCU events. Mr. Andre Van Reenen decided to break away from the establishment Western Province Chess Union as part of the SACOS philosophy and also to intensify the struggle against apartheid. By establishing a separate body, the establishment body which was government supported would then not be able to claim that integration existed. In 1977 Mr. Van Reenen established a Western Province Chess Association. The establishment WP Chess Union would have mostly white players whilst the WP Chess Association would have mostly black chess players. The league results for the two leagues are now given as far as I could determine. I have used publications of the WPCA dated 1983, 1984 and 1988. WPCU were gleaned from various trophies.

In 1991 unity talks started between the establishment WPCU and clubs such as Bellville South and the University of the Western Cape (UWC) led by Berte Van Wyk. I joined Bellville South in my first year as a student at UWC. I played one game for Bellville South at Modderdam High School in April 1991. At that first meeting Mr. Andre Van Reenen denounced those who had started talking to the establishment body of the white chess administrators. His criticism was so strong that Bellville South did not continue the league after that first round. As I was one of the supporters of Berte Van Wyk my league ended before it began in Cape Town. I was immensely disappointed at this because I had for two years running been the SA Schools champion and had just ended second behind Deon Solomons in the SA Closed Chess Championship in February 1991.

In 1992 after South Africa was allowed back in international chess a chess league started in Cape Town under the banner of a unified Chess Western Province. The league was played by clubs at their respective venues. Clubs then faxed, yes faxed, and telephoned the results to the league secretary. The winners of the unified league are:

A very impressive league indeed! 79 teams, 26 clubs and 649 registered players! Those are wonderful statistics to have. It takes effort amongst all the clubs to ensure participation. It is the biggest in South Africa and possibly Africa. The league commences on Saturday 27 July and ends on 7 September 2019 So the league that started in 1907, then stopped, then started, then stopped, then started, then split into two bodies has now matured into an impressive league that can hold its own anywhere in the world. Well done to all the clubs in Cape Town (and Cape Winelands!) that ensures a competitive league!