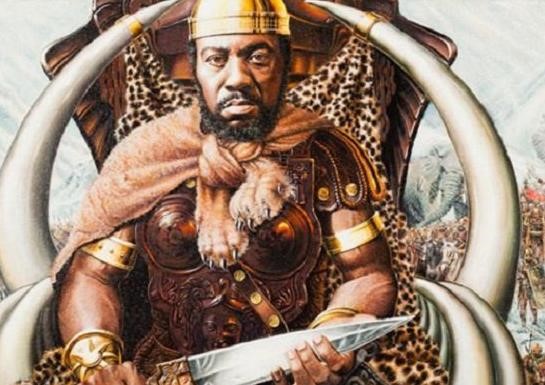 Many of you would have watched the movie Gladiator starring Russel Crowe. In the movie the Roman emperor stages a mock battle involving slaves to re-enact the battle of Carthage which Rome won. Maximus however sees this as an opportunity and decides to change the outcome of the battle! The battle that was being enacted was one that was fought in Africa in Ancient Carthage and now known as Tunisia.”

If you ask someone who was Hanibal they are likely to answer depending on their age, the guy from the A Team or Haniball Lecter from the movie Silence of the Lambs. However, there was an even more famous Hanibal who came from Tunisia. Yes, indeed the original Hanibal was known for leading the Carthagian army and a team of elephants across Southern Europe and the Alps Mountains against Rome in the Second Punic War.

Hanibal was a general in the Carthagian army who lived in the second and third century BC. He was born in a military family and made to swear hostility to Rome. He became famous for marching against Rome through the Pyrenees towards Gaul (Southern France) with more than 100 000 troops and about forty elephants. Hannibal’s Alps crossing was a remarkable military achievement. In addition to an inclement climate, Hanibal’s army faced guerrilla attacks. After five months of travel, Hanibal finally exited the Alps. Over the next three years Hanibal’s army battled the Roman General Scipio’s forces. Hanibal was able to inflict heavy casualties on the Roman army in the battles of Trebbiano, Trasimene and Cannae but at a heavy cost. I have always been fascinated with the stories of Ancient Rome but for me Hanibal was a true African hero. He took the fight to the enemy despite the odds!!Read up a bit about Hanibal!

Which player who later became world champion was the first to play in Africa? I asked this question to many players I know, and none could answer correctly! In 1955 Max Euwe who had already been World Champion played the Johannesburg international Open in 1955. The first player who played in Africa who became world champion was Bobby Fischer! Fischer played in the 1967 Sousse Interzonal which was held in Tunisia. He played ten games in the event but did not finish the event after some controversy. At that stage he had seven wins and three draws! 8.5/10.

Many players looked at the Ivory Coast event of 2019 as this first super GM event in Africa, but let’s look at the cross table of the Interzonal at Sousse 1967.

There were 22 players and many of them were super grandmasters as we understand the modern-day term. Bent Larsen won the event with 15.5/22. He was from Denmark and was probably the strongest player after Fischer in the Western World. Indeed in 1979 Larsen played board one against the USSR in the match of the World against the USSR. Please check out the brilliant game Spassky played in that match against Larsen. When I started studying chess, I was given a book called Larsen’s best games of chess. It was fascinating with gambits I had never hear of, but what attracted me to Larsens play was the fact that he used his rook pawns even to attack whereas lesser players at the time would hesitate to open the kingside with h4!

Viktor Korchnoi of course needs no introduction as the player that contested two world championships against Karpov in 1978 and 1981. He also visited SA in 1979 and 1981 when he broke sanctions to play in South Africa.

The third placed player Efim Geller is less well known to the younger generation of players. He was however a very strong grandmaster who had an overall plus score against four world champions! Against Botvinnik he was +4 -1 = 7, against Smyslov he was +11 -8 =37, Petrosian + 5 -3 = 32 and Fischer +5 -3 = 2. If you can do find his games! Fascinating stuff!

Gligoric was of course the grand man of Yugoslavian chess. He fought against the Nazis in the Second World War and was a venerated hero to his people. his book I play against the pieces is one of my stories and encouraged me to adopt the Kings Indian Defence!

Lajos Portisch from Hungary is one of my favourite grandmasters. He played all over the world and amongst his achievements that I noted was the fact that he played for Hungary at the Olympiads in 19 consecutive Olympiads with the first one being in 1956 and ending in 1996!!!

Reshevsky was the well-known prodigy who later represented the USA and was for many years the number two to Fischer in the USA.

Other notables in the field is Hort who still writes great articles for www.chessbase.com today. Fifteen-year-old Henrique Mecking was also playing. Marking the bottom boards were Sarapu from New Zealand that South Africa played against in Olympiads and in bottom spot was a young Slim Bouaziz from Tunisia who later became Africa’s first grandmaster. Now that we looked at the gladiators of the past let’s look at the modern 2019 gladiators currently competing in Tunisia. Let’s join the action in round two.

Analysis of round two:

In the women section:

Analysis of round three

In the women section:

In the women’s section the big surprise was WIM Amina Mezioud 2128 from Algeria beating WGM Shahenda 2175 from Egypt. This also throws the cat among the pigeons as it opens up the event, the rest if the results went according to seed and ratings. WIM Elsanary is an experienced campaigner and she bested WIM Nassr who is slightly ahead in rating.

Analysis of round four

Analysis of round five

In round five women’s section WGM Shrook Wafa (2144) beat WIM Jesse February. WGM Shrook is now on full score at 5/5 and she may be running out of opponents!

The untitled Toritsemuwa (1877) from Nigeria beat WGM Shahenda Wafa in their encounter which was unexpected. Nigeria seem to be causing loads of upsets this year!

So quite a lot to still play for!!

On board one in the Open its an all Egyotian clash again with GM Amin playing GM Fawzy.

On Board Two GM Adly plays Im Arab Adlane. Adlane is a tough guy from Algeria and has been hovering around GM strength for a long time. I played and lost against him at the 2003 All African Games! So, five players on 4/5 in the open. It is still race!

So, we are in for an exciting finish as the event is only nine rounds. Let’s wish all the competitors well.

I will be following the round today while trying to watch England battle Australia at Lords, watching Hamilton at Silverstone, supporting the Netball Proteas in Liverpool, keeping an eye on the two Afcon semi-finals in Egypt and supporting Roger Federer against Djokovic! So be great sporting day awaits!