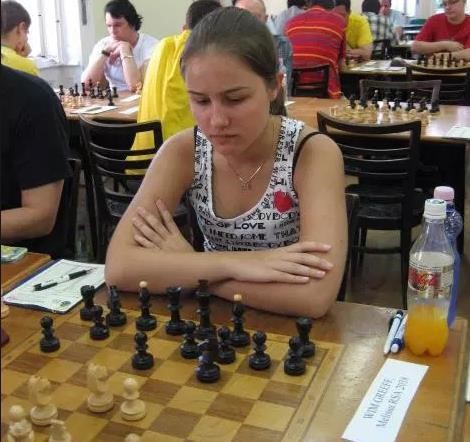 I subscribe to the Time Magazine which is a very influential global magazine. In the 2 July 2018 edition the magazine ran an article on Venus Williams. Venus Williams is a world renowned tennis player who has won Wimbledon five times and with her sister Serena she has won the Wimbledon doubles title six times.

According to Time, (page 12) Wimbledon is also significant for another reason: it’s where Venus Williams took a stand for equal prize money that helped the women achieve pay parity with the men. The day before she won the 2005 Wimbledon title, Williams addressed the Grand Slam Board, made up of executives from the four major events, in the boardroom of the All England Lawn Tennis and Croquet Club. At the time, only the US Open and the Australian Open offered equal prize money for men and women, Wimbledon and the French Open were still holding out.

Williams recalled moment: ” I felt like I had to say something that was very human because these people on the board, they have mothers, daughters and sisters. They have to remember that these women who are not getting equal money are mothers and daughters and sisters. You have to look at it that way; else you might not be able to see through it.” In April 2006 the French Open announced it would close the pay gap and offer both champions the same prize money. Wimbledon followed suit a year later.

Now you may be asking why I am writing this. Well I believe that we should start writing that our

women players in South Africa, Africa and the world should also get equal prize money where an event is played with a women and open section. In late December 2018 the African Amateur championship is being played in Namibia. Let’s look at the prizes:

Second prize is $750 for open and 450 for women. And the list goes in similar vein right across the document.

Now let’s look at the expenses for a moment. The expenses to travel to Namibia are exactly the same! The airlines make no distinction as to costs when it comes to gender and then when it comes to accommodation there is no distinction either! So to understand this clearly, all expenses are the same for both men and women but the prize money is different yet the rating requirements are exactly the same. So am I missing something here?

The 2018 African Individual chess championships had the following prizes for the Open and Women sections ;

In South African law the relevant legislation relating to the subject under discussion is called The Promotion of Equality and Prevention of Unfair Discrimination Act, 2000. PEPUDA or the Equality Act, Act no. 4 of 2000 is a comprehensive South African anti-discrimination law. It prohibits unfair discrimination by the government and by private organisations and individuals and forbids hate speech and harassment. SAFA was recently taken to the Human Rights Commission to discuss pay parity between Banyana Banyana and Bafana Bafana.

that offer the same terms and conditions such as the SA Closed championships. Our women players have brought in more medals from the All African games then the open team, our women players were the first to give South Africa a grandmaster; our women players have represented us with aplomb at various African competitions and at international events over the last two decades. Should we not, in this decade of the African women, take the lead and proclaim that we shall as the chess community in South Africa guarantee equal prizes for our women players where the playing conditions are the same as the Open section. Let’s agitate for this. We should take the lead in this and as this is the centenary year of Tata Nelson Mandela and Mama Albertina Sisulu, we should honour them by discussing and campaigning for equality robustly.

Now I know some of you will be debating that there should not be a distinction in chess. Well the fact of the matter is that there is currently a distinction between women and open chess. And yes women do have the right to participate in both sections if they so choose. Perhaps it is time to take that stand to show that in South Africa we take equality seriously. I do believe that women players deserve equal prize money because they play the same amount of rounds, they play under the same conditions and they carry the same expenditure as male players. The Chess South African constitution has stipulated that four members of the executive must be women. This shows how

important equality was to the writers of the constitution. Let’s take that one step further as we get ready for the chess season. Where events are being held alongside one another the organisers must ensure equal prize money and the playing conditions must be exactly the same.