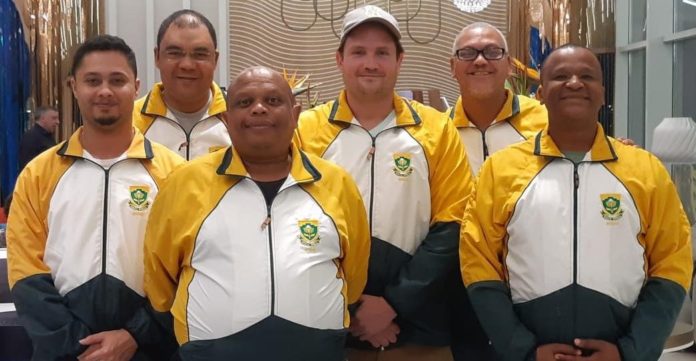 We have been back for a while now and it is time to conclude the Georgia Olympiad report. I shall divide my report into different sections so that we highlight a few matters.

This is an impressive number. 45 countries out of 54 on the continent! The first time Africa participated was in 1958 and in this 60th anniversary year of Olympic chess Africa has come full force with 45/54 countries!

I was surprised that Algeria ended so low after at one stage playing against France on table number one in round three! Egypt was the consistent team and the other African teams jumped between the first and second halls. Headlining the Egyptian attack is of course GM Amin Bassem. He scored an impressive 8/11 without losing a single game! He played nine fellow grandmasters 9 which included GM Anand which was a draw) and picked up 10 rating points to add to his colossal 2766! He was ably supported by GM Adly Ahmed. He scored 7.5/11 and picked up 6 rating points to add to his equally impressive 2654.They were in turn supported by IM Fawzy Adham 2431 who picked GM Vidit 2711 ( India) and also had GM Cheparinov (2715) against the ropes but had to settle for a draw. Let’s focus on South Africa as our next heading.

2.1 On top Board IM Daniel Cawdery scored 5/9. A great rating performance of 2468. He picked up 6 rating points and will probably be now over 2440 after taking into account some local results. He played 5 grandmasters out of his nine games and scored 2 draws. He was probably better against GM Rinat Jumabayev (2605). His 15 move win against Surinam stands out for me as one of the best Olympiad games a South African played at this level.

2.2 On board two IM Kobese had a forgettable Olympiad. He scored 3.5/9 which by his standards is very low. He lost more games at this Olympiad than he lost probably in the last three Olympiads. Kobese dominated all the home events over the last two years so this event is just an unfortunate one. He had a rating performance of 2219. He is probably more disappointed than anyone else in his play. I do believe however that in IM Kobese’s case that form is temporary and class is permanent.

2.3 On board three FM Calvin Klaasen scored an impressive 35 rating points after reaching an impressive 2407 rating performance. He scored 6.5/9 and missed the IM Norm by half a point. Klaasen played three grandmasters and scored 2/3 against them! This was certainly a fantastic performance. Klaasen impressed all with his cool demeanour at the board and was a fighter in every game. He played his heart out and even against GM Jure from Slovenia he had some chances. I am sure he will very soon be challenging for his IM title and then who knows!

2.4 On board four IM Johannes Mabusela was rock solid. He scored 6/10 and had a rating performance of 2248. His play has matured and positional he is becoming a hard nut to crack. He is a supreme team player and he did everything that was asked.

2.5 On board five IM Van Den Heever scored 4/7. He played some good games but the time trouble pressure took its toll. In the last few rounds there were some unfortunate oversights but I am sure if he decides to dedicate himself again as he did in 2013/2014 when he won all before him then we will see the old IM Van Den Heever.

The best teams in the women’s section were China, Ukraine and Georgia 1. The African challenge was won by Egypt who complemented their Open team. Let’s look at the top African women finishers.

The Olympiad in Georgia was a great one. Great chess with fighting spirit was the order of the day. I met Nana Alexandria at the Olympiad. A friendly lady she is a real chess legend. She was a challenger for the World Championship twice and a six time Olympic champion!

I enjoyed the open and free flowing tables which allowed us to walk between the tables to see the games of the top players. This allowed me as captain to watch multiple games at once.

I have written extensively within my reflections on the Olympiad in Georgia. I thank everyone who sent comments. The engagement was nice. I also thank Leon de Jager who assisted me with the reports with his maps and technical alignment of the reports. Thanks Leon.

To the SA team thanks for the memories and I trust that SA will now start the preparations for the next Olympiad which will take place in Siberia in 2020.