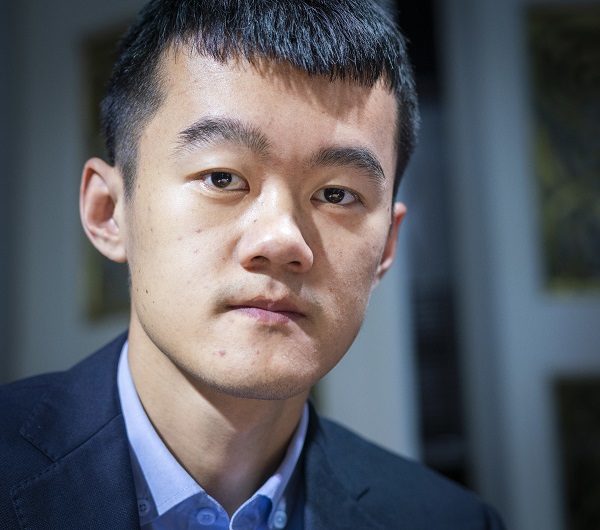 Today was the calm after the storm; only one game had a decisive result but it was not for a lack of fighting spirit among the players. Ian Nepomniachtchi emerged as an early leader after defeating Fabiano Caruana from a losing position. The Russian Grandmaster was satisfied with his result but felt that the quality of his games needs improvement. For a long time it seemed as though Magnus Carlsen would be joining the leader but was eventually unable to seal the deal. The World Champion received extra support from the Norwegian Ambassador to Croatia, Astrid Vestro, who made the ceremonial first move. Tomorrow, there is a big match up between Caruana and Carlsen. The two have faced off twice in classical chess since their 2018 match, with both games ending in a draw.

In the biggest turnaround of the day, Ian Nepomniachtchi was victorious against Fabiano Caruana in a turbulent game. Caruana has been utilizing the Sveshnikov recently, the opening that Carlsen used successfully against him in their World Championship match. Nepomniachtchi came up with a novel idea, entering a double-edged position by castling queenside. The Russian star felt that he was playing like a “coffeehouse” player, as his somewhat reckless play landed him in a losing position. Caruana could have entered a much better opposite color bishop position but after failing to find a winning idea, he went for unnecessary complications. With little time on the clock, Caruana missed a brilliant tactical idea to draw the game. Once Nepomniachtchi grabbed the advantage, the conversion was straight forward.

Anand essayed the Vienna Variation, a sharp line in the Queen’s Gambit Declined. The two World Champions played down a forced theoretical line, following a game played by Anand’s long time second, Grzegorz Gajewski. By move 20, the players reached a double rook and knight endgame, which looked unpleasant for black. Carlsen, who is known as the best endgame player in the world, nursed his advantage until he reached a winning knight endgame. After his grave error on move 45, which gave away the win, Anand was able to find a miraculous safe with only moves. It was an instructive play by the former World Champion followed by an even more impressive analysis after the game.

Ding Liren chose an offbeat line in the Catalan Opening, entering a complicated middle game. The Chinese superstar sacrificed the exchange on move 19 for long term compensation. At first sight, the sacrifice looks dubious, but as the game developed,it became evident that the Ding Liren had the better pieces. As the advantage slowly increased, Sergey Karjakin demonstrated why he is known as the “minister of defense”. The Russian did the sufficient work to hold his position together and eventually exploiting his opponent’s king weakness to secure the draw.

Nakamura chose a sideline against the solid Grunfeld Defense, entering uncharted territory early on. The U.S. Champion had several chances to fight for the advantage by maneuvering his light square bishop from the a4-d1 diagonal to the f1-a6 diagonal. After he failed to do so, Mamedyarov did not face any difficulties and equalized the position. The game ended in a draw on move 25 with a threefold repetition.

Anish Giri bounced back with a comfortable draw after his tough 23-move draw against Carlsen yesterday. In the second Catalan of the day, the players entered a theoretical battle following a game they played in reverse colors in 2014. Aronian deviated on move twelve but was not able to achieve any advantage. Giri maintained the equilibrium throughout, giving up a pawn on move 39 to force an exchange into 2 vs 3 rook endgame, which he held easily.

Wesley So vs Maxime Vachier-Lagrave ½ – ½

The symmetrical double fianchettoed bishop English did not see much action. For some reason, Wesley So decided to keep things calm with the white pieces and did not put much pressure on his opponent. The pieces came off the board quickly, and the player reached an equal double rook endgame after fifteen moves. Once the remaining pair of knights and a pair of rooks came off the board a draw was agreed.