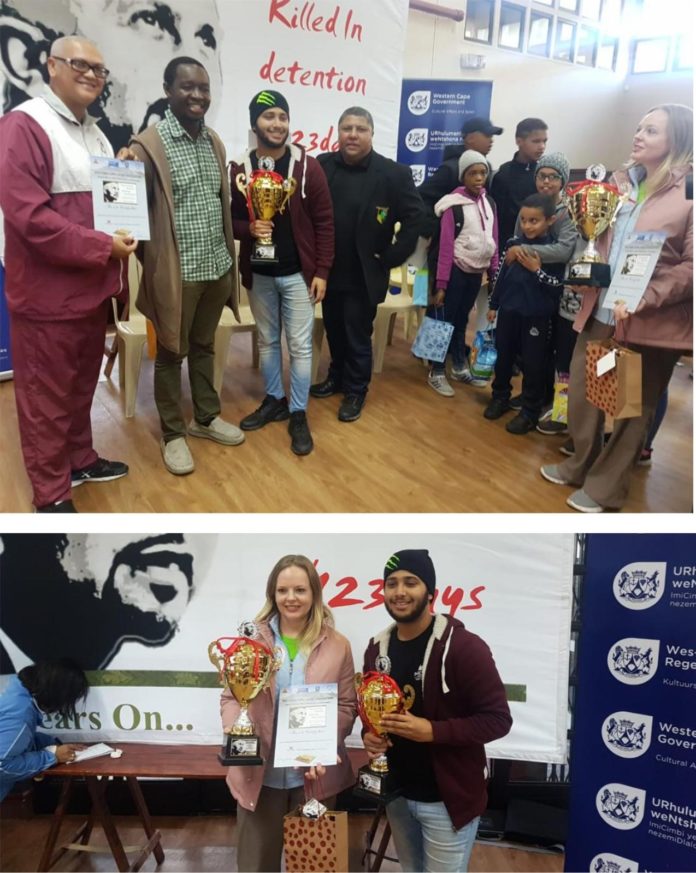 The second quarter of the chess season is coming to an end now in the Western Cape. The season started with the Cape Town Classic which was a combination of Blitz and Rapid. MRL were the overall winners of that event in March 2018.

Steinitz hosted a great event which culminated in a good victory for IM Kobese. Steinitz is already planning the 2020 edition so watch out for new details!

This was followed by the Crossroads event which was well organised by Thando and his local organising committee. Again, IM Kobese won this event to continue to build his claim for an Olympiad spot. The winner of the Grand Prix is a direct qualifier for the Olympiad team, so it is important for organisers to organise six round events otherwise five round events do not count towards the Grand Prix!

In April Stellenberg High School hosted a lovely event which was won by FM Paul Gluckman who beat both IM Watu Kobese and IM Calvin Klaasen in that event. The players really seemed to enjoy the event with even IM David Gluckman contesting in the last round with CM Lyndon Bouah. Their game petered out to a draw which allowed Paul to slip through after defeating Kobese.

In the WP Open which was a more normal event with a close to classical time control FM Calvin Klaasen beat IM Kobese to clinch the title on a better tiebreak. Klaasen scored five victories in a row before succumbing to FM Shabier Bhawoodien.

The Mitchell’s Plain Open was won by Joseph ” the Fear” Mwale who travelled to Cape Town to capture the first prize. Hot on his heels was IM Kobese. The Willenberg brothers Craig and Kenny had good tournaments. Reuben Salimu is also nowadays regularly on the top boards!

The DSK was won by FM Calvin Klaasen with 6.5/7 with only a strategic draw conceded!

A Friday night Blitz called the Groote Schuur Rapid on 14 June was won by former junior champion Keegan Agulhas who took a sabbatical but is now back in full force.

The Imam Haron organised by Chess Western Cape, Manyanani chess club and CWP had a good turnout at the Islamia College with many players learning about Imam Haron who was one of the first persons to die in detention in 1969. Valuable lessons about the life of Imam Haron was shared with the chess players, parents and organisers by his family and the committee. An excellent event was won by Keegan Agulhas who scored 6.5/7. He beat CM Lyndon Bouah in the penultimate round to secure victory. Reuben Salimu, Lyndon Bouah and FM Shabier Bhawoodien all scored 6/7 and came second, third and fourth respectively. Well done to Keegan for cleaning up the Youth weekend. WIM Denise Bouah was the top woman player.

The West Coast Mall hosted a Rapid Open in Saldanha Bay which was won Jacques Basson. It’s good to see the different areas organise in this fashion.

This weekend the Elsies River Open takes place. It promises to be a good event and Elsies River is certainly undergoing a resurgence. It will be great if you can support the club by participating in this event.

At the end of the month the Knysna Open takes place which is also a rapid. The defending Champion Heinrich Basson is not able to defend his title this year so a new champion will be crowned!