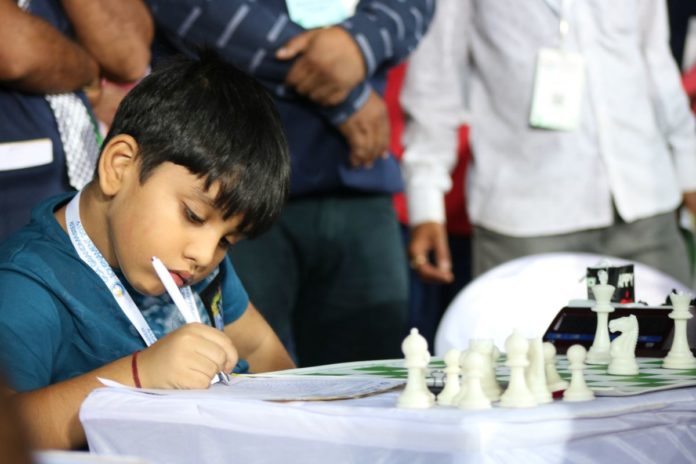 Chess can attract a lot of attention when you have two 7-year-olds fighting it out for over four and a half hours and playing 202 moves! Somewhere around the end of 8th round of the Goa International Open Grandmaster Chess Tournament, a huge crowd had gathered around board no. 291. A game was going on and it lasted for nearly four and a half hours!

Aarush Swapnil Arsekar had a queen and a knight and tried to mate his opponent for over 50 moves, while Chirag Khinvasara fought hard and kept up his stamina.

After the game chief arbiter Gopakumar wrote on Facebook: “You are running behind schedule due to a long game at the last board …..Most of the time the Arbiters and players waiting to start the next round get frustrated…But this time a long game of 202 moves made everyone to smile and cheer….Personally FIDE Laws of Chess 9.6.2 saved me the day!”

The FIDE Handbook states Law 9.6.2 as “any series of at least 75 moves have been made by each player without the movement of any pawn and without any capture. If the last move resulted in checkmate that shall take precedence.”

In the C group Stephen Raj, Mayur Kalbande, Prashanth Vangala and Ravi Chopra are leading the tournament with 8.0/9.