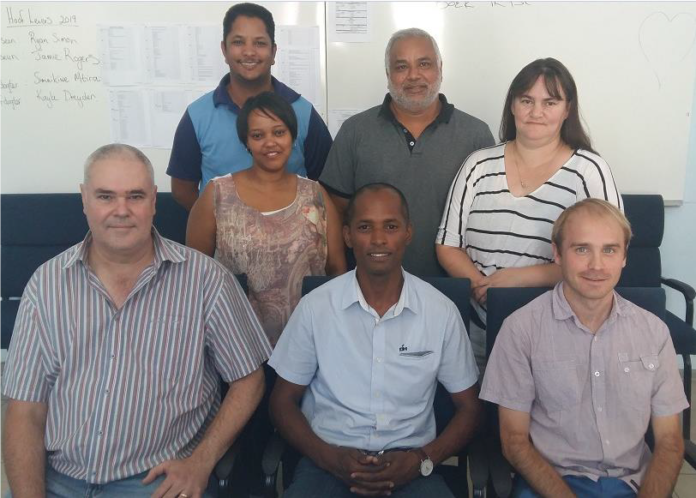 Over the last two weeks, a flurry of chess activity took place in the Western Cape. Over the weekend of 2 March 2019, the Nelson Mandela Rapid event took place at the Drakenstein prison. The event is part of the annual celebrations that the Department of Correctional Services in conjunction with various partners host around this time of the year. AVBOB and the Department of Cultural Affairs and Sport are two of these partners.

The event was hard fought because of course players travelled from far and wide to participate in the event. Namibia, of course, shares a history with South Africa. Namibia had many freedom fighters imprisoned on Robben Island with Nelson Mandela. One of the most famous was Andimba Toivo ya Toivo who was imprisoned alongside Nelson Mandela for sixteen years. The struggle of the Namibian people is of course close to the hearts of many South Africans as well. Namibia played for the first time in the world chess Olympiad in 1994 in Moscow. Many of their players regularly participate in events in South Africa. Dante Beukes is a strong player and will only get better with his experience that is being gained at the moment. If my memory serves then he has played two Olympiads already and he is not yet twenty!

The event had an open section with the results below.

The high school section was won Keagen Palmer and followed by Keshan Thevan and Reagan Rass.

The primary school section was won Cheslin Palmer. The event is a very popular one and I am glad that it is going from strength to strength.

The event was organised by the new Cape Winelands executive and the Department of Correctional Services. The new executive is…

Congratulations to the new executive. I am positive that under the leadership of this new executive, chess in Cape Winelands will go from strength to strength. I remember fondly the events that we all looked forward to competing in. In February each year, there used to the Boland Open which used to be held in a very hot hall but we all flocked to it. Later on, there was also the Paarl open which was very popular. I hope that we can have a circuit of events in all the big towns like Drakenstein, Stellenbosch, Worcester and Witzenberg. I think that town events would be very popular with players and municipalities would certainly add their name to a chess event. It can be rapid or two-day events like a Friday or Saturday. Perhaps an idea to think about Mr Christian Maxwell?