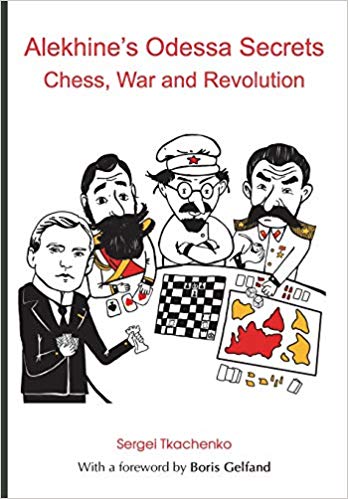 Reading is something that I greatly enjoy. My parents instilled a love for reading at an early age. I clearly recall being at a very young age when I was regularly sent to the shop to buy the Evening Post which was the dominant newspaper in the Port Elizabeth area at that time. I cannot recall the exact age but it must’ve been about seven when my mother enrolled my siblings and myself at the West End library. Today I am still a ferocious reader and because of my many interests, I read on a wide range of subjects. If I’m travelling to a country I will read the travel books and history of a country and if a subject is close to me then further research is a must! I loved history from an early age and when I discovered the joys of chess then of course reading, history and chess study simply fused itself in my DNA.

This past summer vacation I completed the fourth book in the Stieg Larsson series. He wrote before his death a series of books which started with “The girl with the Dragon Tattoo”. In the series the protagonist Salander is the girl with the golden tattoo. She is a genius but society didn’t realise this. Her guardian Holger Palmgren played chess with her when she was locked up in some institutions. It was interesting to note the small but important role the chess matches they play to get to know each other better and also to gain trust between them. One of the books I purchased recently is the book Alekhine’s Odessa Secrets Chess, War and Resolution by Sergei Tkachenko (Ruby Publishing House, 2018 English edition). The author tells us that he decided to write the book because not many books have been written about Alekhine’s time that he spent in Odessa in the early twentieth century.

The author states on page nine “mysteries, speculation, and assumptions in the fourth world champion’s biography often go hand in hand with Southern Palmyra (as we Odessites like to call our hometown.) The text isn’t only about the time that Alekhine spent in a Cheka jail in the Russian Civil War. Case no. 228, which contains a note signed by Alekhine acknowledging the receipt in Odessa of a substantial sum of money from General Denikin’s emissaries, is shrouded in secrecy. The only primary information on Alekhine’s achievements, injuries and service medals during World War One is found in the newspaper Odessa News.” I enjoyed the book because I have a fondness for Soviet and Russian history.

In the last few months, I waded through a biography of Stalin and because of chess I have visited Moscow on a number of occasions. Alekhine was quite a character. Those times were particularly hard on everyone. When I was in Matric my history teacher, Mrs June Udemans taught us about socialism, communism, Marxism and the dominant feature in the essay writing was Stalins Five Year Plans. So it was particularly interesting for me to compare what was being written by this latter-day historian and what I was taught by my teacher at Bethelsdorp senior Secondary school in Port Elizabeth. When I was growing up all of us were fans of Alekhine.

In 1989 the chess club that we formed in the Northern Areas of Port Elizabeth was called Alekhine Chess Club. (It, of course, rhymed with the local patois of what kind, Alekhine!) The author recalls Alekhine’s trips to Odessa and he then juxtaposes the historical situational context of Odessa at the specific times of the visit. Some rare pictures are also published for the first time. The author recalls the many hours Alekhine spent at various chess clubs and in particular cafés around Odessa that Alekhine frequented. The great maestro also shared puzzles and games (with odds) with players. One of the famous positions was the one depicted in the picture below. Tkachenko recalls in chapter four that Alekhine showed this position to the local newspaper chess columnist who of course had to publish it.

The position is from Alekhine versus V.I Hofmeister, Moscow. (Kasparov in my great Predecessors however has the place as Petrograd). The analysis is remarkable and if you have time, do take a moment to close the paragraphs below. Black is threatening both Nf5 and Ne4. The game however ended with 1. White plays c5 so if the Nf5 or Ne4 then cb will unleash many threats. Black replied 1…b5 2. White decided to take the pawn with 2. ab Black now went Ne4 to ask White some nasty questions. White decided to push on with 3. b6 Nxd6 4. cd Rec7 whereupon white went 5. b7+ Kb8 6. And now 6. d7 Qg3+ 7. Kh1 Black resigns!

Gary Kasparov also analysed the above position in his famous series My Great Predecessors on page 354. He writes the final position “An incredible position. It represents the ultimate triumph of mind over matters. The two white pawns on d7 and b7 conquer the black army, which has within its ranks a whole queen more (Kotov). The contribution of this book of Sergei Tkachenko is a welcome addition to the understanding of the period. Through his eyes we can see the period at that time. For those who love reading with a tinge of history to add ambience and of course some chess puzzles and games, then this book should be added to your collection. Enjoy the reading and I shall look forward to meeting you at the chess board!