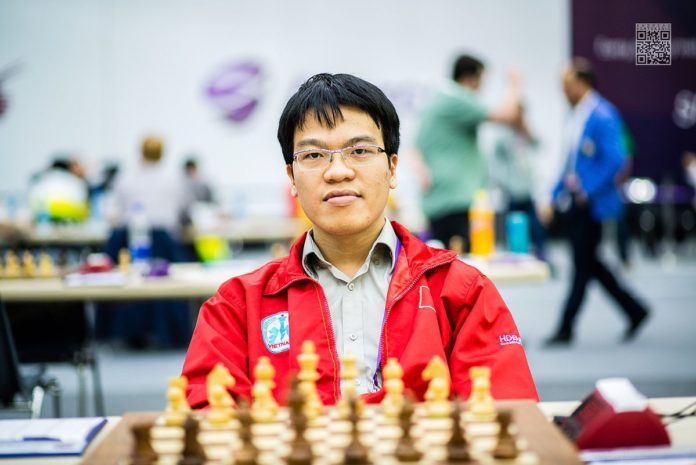 Le Quang Liem is a Vietnamese chess grandmaster and the 2013 World Blitz Chess Champion. He scored one of the biggest wins of his career by winning the Asian Continental Chess Championship in Xingtai, China. The Vietnamese number one defeated overnight leader S.P. Sethuraman of India in the last round to clinch clear first and earn $11,000 (9,806 euro).

Liem played in solid fashion and was unbeaten throughout. He started off slowly with three draws and a win in his first four games but finished strongly with four wins and a draw in his last five games.

The Asian Continental was held from June 6-15 (nine days of single rounds) in Xingtai, China. Overall 74 players played from over 14 federations including 34 grandmasters. The average rating of the open section was an impressive 2455 with the top 5 finishers securing a World Cup berth to be held in September 2019 in Khanty-Mansiysk, Russia.